Under subsection 261(3) of the Excise Tax Act (ETA), a rebate shall not be paid unless an application for the rebate is made within two year after the amount was paid or remitted by the person. In Al-Rubaiy v. The Queen (2020 TCC 34), the court denied the taxpayers application for a rebate of GST/HST paid in error on the purchase of a dental practice because the two-year limitation lapsed.

On May 11, 2011, the taxpayer (purchaser) signed an offer to purchase 40% of the assets of a dental practice for a purchase price of $760,000 from the vendor. With respect to GST/HST, the offer stated that the vendor and purchaser shall jointly file an election under subsection 167(1) of the ETA such that no GST/HST shall be payable with respect to the sale and purchase of the assets. Further, the offer stated that the dental practice is exempt from GST/HST and an election shall be completed and filed by the purchaser whom is not a GST/HST registrant.

The purchaser also filed a GST/HST general rebate application dated February 12, 2016 (though received by CRA on February 5, 2016) seeking a rebate of tax paid in error for $85,013 and the CRA denied it on the basis that it was filed beyond the two-year limitation period.

Interestingly, the purchaser testified he used the services of the vendor’s existing accountant for three years afterwards and he eventually found their fees to be high so he sought advice from his personal accountant. He testified that his personal accountant reviewed the purchase documents and questioned why he had paid the GST/HST on the purchase. The taxpayer asserts that the August 26, 2015 GST/HST return was prepared and filed on his behalf and that by then he knew he paid the tax in error.

The court decided that the discoverability rule does override legislation. Accordingly, the purchaser paid the tax on February 29, 2012 so the two-year time limit would expire on March 3, 2014. The rebate application was received by the CRA on February 5, 2016, the time limit had already passed and cannot be extended. Further, since no election under subsection 167(1) appears to have been made, this transaction was subject to GST/HST and the tax in issue was likely not paid in error.

This case serves as a reminder to professionals to be careful when dealing with transactions where there is exempt supplies and that unnoticed errors can create professional liability issues.

Jamie Herman currently serves as the Chief Financial Officer for an ultra high net worth family. With over a decade of professional firm experience advising high net worth individuals and their families on complex tax and accounting transactions, his focus has turned to assist one family in holistically managing their assets. His role includes managing investment, tax and accounting operations, reviewing internal domestic and international commercial structures, analyzing potential strategic acquisitions and divestitures, personal financial planning for shareholders and liaising with external professional advisers. 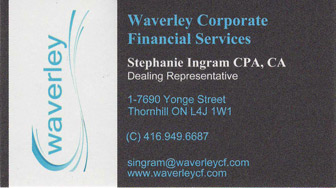