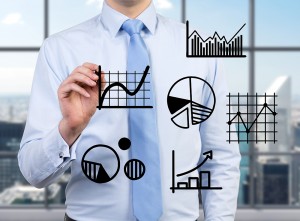 If you hail from the ranks of skilled financial analysts, senior accountants, staff accountants or payroll professionals, you are among those likely to be in strong demand next year. The just-released 2015 Salary Guide from Robert Half lists the following as the hottest jobs in 2015:

Accounting professionals who pair financial skills with business acumen are highly sought after today. Business systems analysts scrutinize older systems and help implement new ones so companies can operate more efficiently. Business analysts starting in managerial roles at large companies are projected to earn between $105,250 and $124,250 in 2015, up 4.7 per cent from 2014’s projection, according to the 2015 Salary Guide.

Additionally, corporate financial analysts who possess the skills to identify growth potential are in strong demand, and those in managerial positions at large companies can expect a base salary in the range of $91,250 to $122,750, up 4.5 per cent from 2014.

Hiring managers struggle to find experienced finance executives, like controllers, who can handle all financial operations and oversee payroll professionals and the accounts payable/accounts receivable department. Controllers in companies that gross more than $250 million in sales, for example, are projected to make $132,500 to $182,250 in 2015, up a sharp 4.9 per cent from this year.

Payroll professionals will experience salary increases of between 3.4 per cent and 4.7 per cent. Payroll supervisors and managers will see the steepest gains, topping out their base pay at $76,250 and $104,750, respectively.

As the government amends financial regulations, organizations need the assistance of compliance professionals with expertise in capital requirements, consumer protection and anti-money laundering requirements — in other words, the inner workings of the latest updates to the Proceeds of Crime and Terrorist Financing Act. Sign-on bonuses and other recruitment incentives are common in this field. The hottest jobs in this specialty are fraud investigators, with starting salaries in the range of $63,500 to $98,500 and chief anti-money laundering officers, starting at between $142,750 and $191,500 — up 4.3 and 4.4 per cent from 2014’s projections, respectively.

Experienced internal auditors, who oversee organizational risk and controls, are also in demand. Managerial-level internal auditors at large companies can expect a base pay of $105,500–$146,000 in 2015, up 4.8 per cent from 2014.

The overall hiring environment for accountants is competitive. Cost accountants are in demand because they boost efficiencies and control expenses to improve the bottom line. Organizations also recognize the value of staff accountants, especially those with analytical skills and tech savvy. Corporate accountants with one to three years of experience can start at $44,000 in small/midsize companies and $49,250 in larger ones.

Candidates with a Big Four background, as well as key certifications — CA, CPA, CGA and CGMA — are most desirable. Experience is another big plus, and hiring managers are going to great lengths to recruit and retain seasoned accountants with financial reporting experience. Senior accountants in corporations of all sizes will see their salaries rise 3.7 per cent to 3.8 per cent in 2015.
To find salary ranges for all industry jobs, customize the positions for your city, and see the fastest-growing industries and in-demand financial positions for each province, visit Accountemps’s 2015 Salary Centre.

This article is provided courtesy of Robert Half Canada, parent company of Accountemps, Robert Half Finance & Accounting and Robert Half Management Resources. Robert Half is the world’s first and largest specialized staffing firm placing accounting and finance professionals on a temporary, full-time and project basis. Follow Accountemps at http://www.twitter.com/RobertHalf_CAN for workplace news.