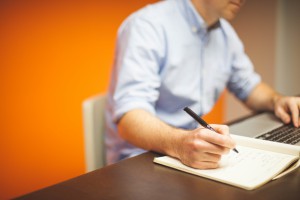 The principle of comparability refers to the ability to compare financial statements from year-to-year, company-to-company, and industry-to-industry.

IFRS requires that financial statements focus primarily on the needs of the users of the financial statements rather than the desires of those producing the statements. Comparability is one feature that definitely benefits the end user. Being able to easily compare financial statements makes it easier for investors and lenders to decide which companies to invest in. Other users, such as regulatory agencies, vendors, customers, prospective employees, and joint venture partners, also benefit from comparability.

Comparability is such a desirable factor that it is the driving force in developing universal standards that enhance comparability. One of the IASB’s objectives is to remove as many choices of accounting methods as possible first within IFRS, then between IFRS and GAAP (both Canadian and US GAAP), in order to produce a single set of international standards that vary as little as possible from company to company, and from country to country.

However, some accountants have argued that the emphasis on uniformity of accounting methods to achieve comparability will not produce the most faithful financial statements because it takes away any allowance for differences among individual companies. This group is quickly becoming a minority. Comparability has clearly been recognized as a priority by the accounting profession and demanded by investors.