The Biggest Fears for CFOs 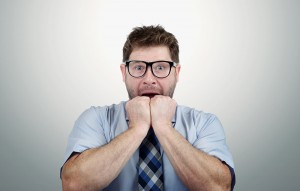 Based on the quarter’s findings in 2013, Canadian CFO’s were, in general, more optimistic than their American counterparts, which is a significant change from what was reported before. Deloitte’s Q1 CFO Signals™ survey in 2013 reports that Canadian business concerns had shifted from the possibility of facing an economic crisis to fears of further stagnation. Though this is definitely a more optimistic outlook of the economy, it was not all good news. Government actions on a stagnating global economy could be worrisome due to possible effects taxing and spending policies may have on consumer demand and the global economy as a whole.

However, this new found optimism was definitely reflecting on the actions of Canadian CFO’s. A survey from American Express Canada in 2014 found that 76% of Canadian CFOs were expected to expand economically that year, which is interesting considering in 2013, they were much more cautious.

About half the Canadian CFOs polled stated they would be putting their money into cloud computing and other tech based spending. It looks like this new found optimism will be leading to many companies expanding their technology and IT sector in 2015.

The fear of stagnation in 2013 had lead to a 10% decline in capital spending, but the optimism that was shown in the past seems to be correct. After the caution displayed in 2013, the optimistic activities and decent performance in 2014 sees companies leveraging IT to meet their business goals.