A review of “The Big Short”

This is an odd recommendation because I am suggesting that people watch a movie based on a book that I have yet to read. The book is “The Big Short” by Michael Lewis and relates the story of the subprime mortgage scandal which caused the financial crisis of 2008, from which we are still recovering. This serious subject is treated in an almost comic manner by Adam McKay who wrote the script and directed the movie of the same name.

To recap the plot: Lewis Ranieri invented mortgage backed securities. This is straight forward but boring concept that is explained very well by Margot Robbie in a bubble bath. This is likely the most memorable lecture on the subject that one is ever to see. However, by 2005 banks took advantage of these securities by packaging AAA mortgages with subprime loans and selling them as Collaterized Debt Obligations (CDO’s). The concept is explained very capably by Anthony Bourdain in his kitchen using three day old halibut as an example. The near fraudulent situation is discovered a character played by Christian Bale who calculates that major returns can be made by betting against the American housing market, the big short. Elsewhere a character based on Greg Lippmann, played by Ryan Gosling, visits the office of Steve Carell whose character is based on Steve Eisman. They too scheme to short the housing market. Steve Carell’s team is skeptical, so they investigate the housing market and find NINJA (No Income No Job or Assets) loans; exotic dancers overly mortgaged in the market; and rating agencies that never bother to investigate loan applications and pass everything. The excuse: if we don’t do it, our competitors will. They conclude that a “bubble” exists in the housing market and decide to take advantage of it by going ahead with their own short.

About the same time John Magaro (character based on Charlie Ledley) and his partner played by Finn Wittrock (based on Jamie Mai) are trying to take their small Colorado brokerage firm (based on Cornwall Capital) into the big league of capital asset management. They too uncover the questionable practices of the housing market but are too small to take advantage of it. They enlist the help of Brad Pitt’s character (based on Ben Hockett) who suggest they meet in Las Vegas at the American Securitization Forum. Steven Carell’s team, who by the way are based on FrontPoint Partners, also come to Las Vegas.

At the securitization forum the FrontPoint group learns how naïve and uninformed members of the industry really are. They also discover, to their horror, synthetic CDO’s. The concept of these is explained by Selena Gomez and Richard Thaler at a blackjack table. Another good explanation that one is not likely to forget. Based on their finding they increase their short position.

The Cornwall Capital group learns that the Security and Exchange Commission (SEC) had their budget cut to the point that they are not able to police the market properly. One of them is actively sending her resume to banks, the same institutions she is supposed to regulate. The Cornwall group then networks the event to buy short positions on AAA rated bonds.

Eventually the inevitable happens. The economy collapses, people lose their jobs, and major brokerage firms go bankrupt. The movie emphasizes that the big losers were normal working people who lost their homes and jobs. Of the perpetrators only one, from Credit Suisse, goes to jail. The rest are bailed out by American taxpayers. The bankers then paid themselves huge bonuses and are now back to their old habits.

The slightly comic nature of the film lets the actors “break the fourth wall.” That is they speak directly to the camera to explain events or give more background information. This adds to the learning experience of those not familiar with all these events. I am recommending this film because of a quote from Mark Twain at the beginning of the film: “It ain’t what you know that gets you into trouble…it’s what you know for sure that ain’t so.” The situation in 2008 was the result of poor monitoring of a market very few people understood. There was also evidence of a herd mentality. After all, if Allen Greenspan (then chair of the US Federal Reserve) was not concerned, everything must be alright. How wrong many of us were and how vigilant we must all be in the future.

William Petryk is the resident resource reviewer here at TheGAAP.net. A graduate from the Schulich School of Business at York University and designated CPA,CMA, William Petryk is an accomplished accountant with years of experience.

TheGAAP.net is the provider of up to date accounting information, trends and changes, serving Accountants and Business people interested in Accounting for their businesses.

Thank you for making TheGAAP.net your source for keeping up to date on accounting. 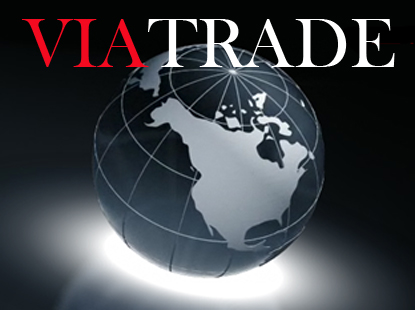