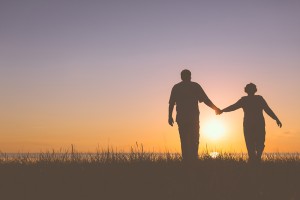 It’s the subject no one wants to talk about: mental health. But with one-fifth of Canadians experiencing a mental health issue, chances are you’ll encounter it. And when it starts to affect your workplace, avoiding it isn’t an option.

That first audit season triggered something in David Albert Newman. Back in 2000, he recalls how his firm at the time reduced the standard audit timeline to four days from six. That translated into 16-hour workdays with no breaks save for quickly munching a sandwich while staring at spreadsheets on a computer. Newman, a Winnipeg-based CGA who was also studying for the UFE, found himself surprised at how he couldn’t keep up with the gruelling hours and compressed deadlines.

It’s a lifestyle Greg Kyte knows well. Busy seasons at billable-hour firms in particular can make or break professional accountants. “Part of it is what we sign up for, but there’s some stress that’s hard to talk about,” says Kyte, a US CPA based in Utah.

Some managers may think they’re easing the stress by paying for, say, 20-minute chair massages, but all the accountant can think about is how to make up that 20 minutes of lost time, he says. When Kyte’s heart started racing uncontrollably at work one day during tax season, he dragged himself to the doctor, praying he wasn’t having a heart attack. Kyte was prescribed some anti-anxiety medicine and had few issues after that.

Newman’s situation wasn’t that straightforward. As time went on, coworkers began noticing his struggles and wondered what was wrong. Newman wondered himself. He hadn’t a clue that there was a bigger problem other than that he had difficulty unwinding and sleeping for the few hours he wasn’t in the office. Newman suffered with anxiety and depression and was fired after his performance went downhill. He struggled for years to find similar work. He worked as a dishwasher for a while to make ends meet before landing an accounting position with the province of Manitoba.

In 2005 Newman was officially diagnosed with paranoid schizophrenia. When he disclosed the diagnosis to his employer in 2010, he received one poor performance appraisal after another. “Before, everything was positive,” says Newman. “It was ‘David is furthering his education.’ After the diagnosis, there was no positive whatsoever.” More than two years and countless negative performance reviews later, Newman lost his job in 2013. He is currently on disability and hopes to open a part-time tax practice.

About 20% of Canadians will have a mental health issue in their lifetime, according to the Canadian Mental Health Association. The mental health price tag in Canada is estimated at $50 billion when you factor in absenteeism, loss of productivity and overall healthcare costs. While mental health has attracted mainstream media attention — notably Olympian Clara Hughes’ ride across Canada to gather awareness — a stigma still exists. A 2012 Ipsos Reid survey about mental health in the workplace polled more than 6,600 Canadian working individuals. Among the results: employers aren’t perceived to be as accommodating of mental health issues as they are of other health issues. Few employees relish the thought of bringing their mental health issue to an employer, no matter how generous the policies. Instead, they wonder how people will react to them or whether making partner is even an option for someone like them. The Ipsos Reid study found that while 83% of all employees surveyed think they should disclose if they have a mental illness, 31% fear their manager would not be empathetic.

Thank you for making TheGAAP.net your source for keeping up to date on Accounting.