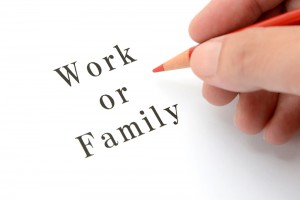 This particular review is about a section in the April 18 to 24, 2015 edition of The Economist.  This magazine runs many well researched pieces on various business topics and this edition includes “Dynasties, the enduring power of families in business and politics.”  I think it is worthwhile to read for any accountant and business professional.  We do not all work for public companies.  The largest segment of our economy consists of medium sized companies and many of these are family owed, family run, or both.  Even in widely held corporations (think of Ford or Volkswagen) many are family controlled even if they are managed by outside professionals.  In fact, 90% of world businesses are family controlled.  Business programs at Universities tend to focus on widely held corporations.  Because this part of the economy has not had the attention it deserves, it is up to individual managers to learn what they can on their own and be aware of the special dynamics involved.

A person employed in a family controlled enterprise must be aware that he/she has two duties.  One is to manage the business.  The other is to manage the family.  The latter is more important than the former.  Shareholders may be happy with your performance, but if it does not comply with the direction the family wishes to pursue, you have major problems.  A family does not need a majority of voting shares, its influence is enough.  The Ford family has control far beyond its ownership.  Their sway determines who sits on the board of directors and they, in turn, decide on the strategic direction of the company.  This determines who the senior managers will be and what is expected of them.

Dealing with family matters may entail tasks not directly related to the business.  This can include investment advice or managing other personal businesses.  It will, inevitably, involve dealing with family employees who may, or may not, be competent in their roles.  There is a general feeling that family employees should be subjected to the same rules and regulations as everyone else.  When this is not the case, then disciple and performance issues will arise among non-family staff.  There is a temptation for owners to take advantage of their position and regard the assets of the company as belonging to them as well.  Managers must be aware of this and deal with it appropriately.

One may wonder why family controller firms persist into the 21st century when the stock market offers a better source of cheap capital.  There are advantages in a family controlled corporation.  One is the vibrancy of its internal culture.  Ford and Volkswagen can rely on founder stories that offer insights into how the company is managed.  There used to be a department store based in Vancouver called Woodwards.  Whenever the founder visited the Edmonton store, he slept on one of the mattresses in housewares.  This allowed him to save on hotel costs and he was able to greet customers first hand in the morning.  It is stories like this that are passed on to reveal the nature of the organization and the values it holds dear.

Another advantage is that it is natural to have a long-term focus if a company is associated with a family.  There is a certain pride in being in business for many years.  Widely held companies, on the other hand, focus on the short term.  Managers are motivated to “make the numbers” which are often quarterly.  As well, the family often has access to resources outside the firm.  Personal contacts can extend to banking institutions or even political connections.  These companies can rely on them during economic downturns.  The end result is that capital is more patient, favourable regulations are produced, and decisions with long term impact become more important.

Another advantage is that the agency issue is automatically resolved.  Widely held companies must merge the goals of their manager with that of the organization, usually with stock options.  When the manager and owner are one and the same, then this is not an issue.  Also resolved is cost control.  Family companies tend to watch these much more closely.  After all, excessive expenditures not only reduce the fortunes of the company, but also that of the family.

The most compelling advantages are trust and loyalty.  These come more naturally in family controlled companies.  Family members are much less likely to take personal gain over that of the company.  After all, these people attend family events such as Christmas and they will be scrutinized if their decisions or actions are suspect.  This corporate loyalty is transferred to the rest of the staff and becomes part of the firm’s culture.  Family companies are also much more likely to maintain good employee relations and provide benefits to their workers.  If a son or daughter detects morale issues, managers can be made aware of them quickly before resentments have time to worsen.

Along with these and other benefits there are disadvantages.  The major one is that wealth corrupts and few family fortunes last beyond three generations.  As mentioned earlier, these owners can take advantage of their company’s resources including the employees.  Recall the nut rage episode on Korean Air when the daughter of the chairman, as well as being a vice-president, abused her relationship and her position. Succession planning and having underperforming family members on the payroll is a cash drain.  There are cases where certain people never show up on the company’s premises, but are on the payroll.   Family rivalries can spill over into the company and make managing very difficult.  At times it can be extreme.  In 2013 Dennis Oland was arrested for the murder of his father Richard.  This is a prominent business family that gives us Moosehead beer.  St. John, New Brunswick police have uncovered a history of animosity between father and son that has, without doubt, affected the business.

These are some of the dynamics of family firms that one must be aware of.  Just being aware of them can make a manager in this situation more effective and this is why I suggest reading the article.  Even if one does not subscribe to the Economist, articles are available on line, as are reprints.